December 8th, 2020
This is POLITICO's Transition Playbook from 12/7/2020. The Pro Exclusive section of this newsletter contains articles and infographics that are exclusively available to POLITICO Pro subscribers, but we've made this version available to you so you can get an idea of what type of information is included in that section. Read the Pro Exclusive section >>

Welcome to POLITICO’s 2020 Transition Playbook, your guide to one of the most consequential transfers of power in American history.

JEFF ZIENTS has been a “czar” before — three times, actually.

The media dubbed him the “performance czar,” “Healthcare.gov czar” and “economics czar,” during the Obama years. On Monday, President-elect JOE BIDEN gave him his fourth title, “Covid czar,” and tasked him with running the incoming administration’s response to Covid-19 (no pressure, Jeff).

Zients’ appointment is just the latest Biden personnel move that could lead to an unwieldy mix of competing power centers in the White House and the wider administration come January.

Biden has already brought in close aides like STEVE RICCHETTI and MIKE DONILON for ambiguous but powerful roles like “counselor” and “senior adviser” and relies on longtime aides like BRUCE REED, TED KAUFMAN and MARK GITENSTEIN, who may yet join the administration.

He has brought in former Secretary of State JOHN KERRY to be his so-called “climate czar,” who will face an odd power dynamic with new Secretary of State ANTONY BLINKEN, Kerry’s former deputy. To combat Covid-19, Biden has named ANTHONY FAUCI as his “chief medical adviser,” and MARCELLA NUNEZ SMITH as chair of the “Covid-19 Equity Task Force,” who will ostensibly be working with Zients plus XAVIER BECERRA, Biden’s pick for Health and Human Services secretary, and ROCHELLE WALENSKY, his choice of CDC director

“Czars” — typically a media designation rather than an actual title — are usually White House-designated special advisers who focus on particular subjects. Ideally, they help coordinate between different agencies on responses to complicated, cross-disciplinary problems requiring a full federal response. But they can lead to competing fiefdoms and turf wars that scramble the message and policies, something former aides to President BARACK OBAMA believe happened with RICHARD HOLBROOKE when he served as Afghanistan-Pakistan czar in Obama’s first term. 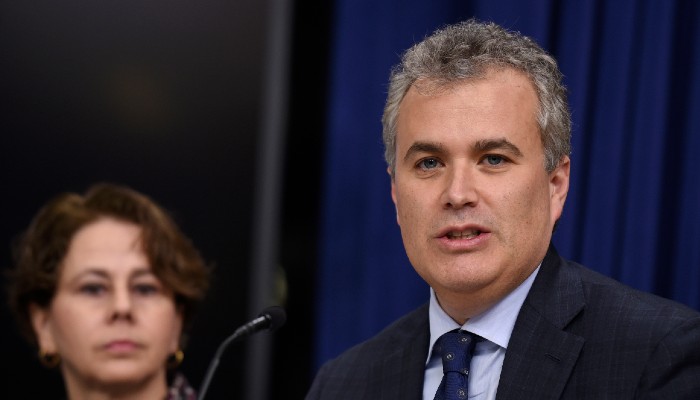 There is still some apprehension about the Biden West Wing becoming a bit cramped. Incoming National Security Council officials are already worried about how well Kerry will coordinate with various foreign policy stakeholders, an official close to them told NATASHA BERTRAND and NAHAL TOOSI.

And Rhode Island Gov. GINA RAIMONDO’s advisers were not super enthusiastic about her potentially becoming Health and Human Services secretary in part because they felt she would be playing second fiddle to Zients. They worried that the HHS secretary would be the first to blame if anything went wrong and Zients would get the credit if the response went right--a political lose-lose--people familiar with their thinking told TYLER PAGER.

Biden spokesperson TJ Ducklo said that “[t]he severity and scale of these challenges are unprecedented, and the President-elect is assembling a Cabinet and leadership team who bring the expertise and experience to deliver for the American people as quickly as possible.”

THERE ARE MANY MORE “CZARS” TO COME: Biden is widely expected to appoint a rural envoy and the Financial Times reported he is considering naming an “Asia czar” to focus on issues involving China. During the campaign, Biden also pledged to appoint an “Opioid Crisis Accountability Coordinator,” a“Special Envoy for the Human Rights of LGBTQ+ Persons,” and a “Special Envoy to the Organization of Islamic Cooperation.”

Are you in touch with Biden’s transition team? Do you work in an agency preparing (or not preparing) for the transfer of power? Are you MARCELLA NUNEZ-SMITH? We want to hear from you — and we’ll keep you anonymous: transitiontips@politico.com. You can also reach Alex, Theo, Megan, Alice, Tyler and Daniel individually if you prefer.

At the Queen Theatre, in Wilmington, Del., where he told reporters upon leaving this afternoon that he planned to name his picks for Defense secretary and attorney general this week.

Meeting with advisers, according to the transition.

LABOR LIKES POCARI FOR DOT — Though most transportation unions won't come out and say it, some have begun quietly gunning for JOHN PORCARI for DOT's top job — backing an experienced transportation professional whose friendly relationship with labor sharply contrasts that of former Chicago Mayor RAHM EMANUEL, another candidate.

SAM MINTZ and TANYA SNYDER report that Porcari, a former deputy secretary during the Obama administration who has been Biden’s top transportation adviser on the campaign and during the transition, has wide support among a set of transportation labor groups — an important constituency for Biden.

One union leader, JOHN SAMUELSEN, the international president of Transport Union Workers of America, who has been among the loudest critics of Emanuel, said that Porcari would be a “brilliant” pick, although he added that there are several candidates he would support.

“We need a DOT secretary that’s going to be a voice for workers, not a voice for tech investors and neoliberal government types,” Samuelsen said. “We’re looking for somebody to side with us for once.”

Porcari, he said, understands and “would mitigate against” the “human impacts” of policies like bus electrification, which could impact tens of thousands of bus mechanic jobs, considering that electric buses need less maintenance than their electric counterparts.

Beyond a couple of loud voices speaking out against Emanuel, there hasn’t been an aggressive public push from unions in favor of Porcari or any other candidate, in part because labor groups are trying to avoid a repeat of the messy dust up over the Department of Labor pick, which has pitted union against union backing different names.

Pocari’s supporters are also keeping their advocacy on the down-low based on the assumption that being in the public eye could hurt a candidate’s chances — though Emanuel doesn’t appear to believe that.

Porcari has, though, in recent weeks been speaking with authority and detail about how the Biden administration will approach transportation policy.

NEW FRONTRUNNERS FOR USDA AND DOD — MEGAN CASSELLA, LIZ CRAMPTON and Tyler report that Biden is leaning toward picking former Obama-era Agriculture Secretary TOM VILSACK to return as head of the department, after weeks in which the public discussion largely centered on former North Dakota Sen. HEIDI HEITKAMP (D) and Rep. MARCIA FUDGE (D-Ohio) as the leading candidates.

And retired Army Gen. LLOYD AUSTIN, once viewed as a long-shot candidate for Defense secretary, is now considered a leading contender to lead the Pentagon, LARA SELIGMAN, CONNOR O’BRIEN and Tyler report.

ASIAN LAWMAKERS MAKE THEIR CASE: The Congressional Asian Pacific American Caucus met with Biden transition chairs JEFF ZIENTS and TED KAUFMAN on Monday along with incoming counselor to the president STEVE RICCHETTI. LAURA BARRÓN-LÓPEZ tells us that Asian American and Pacific Islander lawmakers put forward several names as potential Biden Cabinet picks, including DAVID KIM for Transportation, TAMMY DUCKWORTH for Defense, KATHERINE TAI for U.S. Trade Representative, ANDREW YANG for Commerce, JULIE SU for Labor, along with CHRIS LU for a senior adviser role in the White House. They also pushed Biden’s team to make VIVEK MURTHY’s role as U.S. surgeon general a Cabinet-level appointment, but were told that was unlikely, according to multiple sources on the call.

Rep. JUDY CHU, head of the Asian Pacific American Caucus, told Laura that members were “disappointed” that their push for surgeon general to be Cabinet rank “appeared to have great resistance and they indicated that it was not going to happen.”

“There wasn’t an acknowledgment of the arguments that were being made,” Rep. PRAMILA JAYAPAL (D-Wash.) told Alice regarding their push for Murthy to be elevated to the Cabinet. “They didn’t respond to that at all.”

The lawmakers also expressed concern that there may not be adequate AAPI representation in Biden’s Cabinet, as a whole.

Vice President-elect KAMALA HARRIS, who is Black and South Asian, is part of the Cabinet and Biden has nominated NEERA TANDEN to lead the Office of Management and Budget, which is technically a Cabinet-level position. While members told Biden officials that they support Tanden, they are worried she may not ultimately be confirmed given Senate Republicans’ opposition. “If not successful, it could leave us with no AAPIs in the Cabinet unless others are named,” Chu lamented, referring to those appointed to lead agencies.

On the lack of representation so far, Jayapal added: "Frankly, it feels extremely disrespectful to the AAPI community.”

N.C. DOCTORS PUSH COHEN FOR CMS: The North Carolina Academy of Family Physicians and the state’s Interdisciplinary Network for COVID19 is urging Biden to pick North Carolina Health Secretary MANDY COHEN as administrator of the Centers for Medicare and Medicaid Services, a powerful job that is not set to be part of the rollout of Biden’s health team on Tuesday. ALICE MIRANDA OLLSTEIN has the letter.

THE DEFENSE RESTS ITS CASE: Attorney DAVID FREDERICK, a partner at Kellogg Hansen Todd Figel & Frederick, is getting some backup after BRIAN FALLON, the head of the progressive judicial group Demand Justice included Frederick among the lawyers Biden should *not* choose as the administration’s solicitor general.

“David Frederick is the most capable, pro-consumer Supreme Court litigator in the country, and has demonstrated his ability over more than 50 Supreme Court arguments,” TODD WEBSTER, a former chief of staff to Sen. CHRIS COONS (D-Del.), wrote in an email to Transition Playbook. “He is literally the guy progressives turn to when their cases reach the Supreme Court, so that we win at that level.” Webster, who’s known Frederick for years, cited Frederick’s lawsuit against the NFL on behalf of former players who suffered concussions and their families as well as his victory last year in an antitrust case that allowed iPhone owners to sue Apple.

AN UNEXPECTED YELLEN FAN: LARRY KUDLOW, Trump’s National Economic Council director, applauded Biden's nomination of JANET YELLEN to lead the Treasury Department today — breaking with other Trump administration officials who have not even acknowledged that Biden won the election, per ZACHARY WARMBRODT.

BIDEN’S MAN IN THE SENATE — Sen. CHRIS COONS (D-Del.) was one of the final two candidates to be Biden’s secretary of State, BURGESS EVERETT reports. But the president-elect had a simple message when he broke the news that the job would instead go to Blinken: “I need you in the Senate.” Biden will rely on Coons’ relationships with Republicans such as Sens. LINDSEY GRAHAM (R-S.C.) and JIM RISCH (R-Idaho) to help him navigate a narrowly divided chamber.

EARLY GRADES: DAVID MARCHICK, director of the Center for Presidential Transition at the Partnership for Public Service, is impressed with the Biden team so far. “[Jeff Zients], Ted Kaufman and Yohannes Abraham organized what I believe will soon be seen as the most effective transition in American history,” he said Monday.