The Republicans’ imminent takeover of the House, combined with Rep. Kevin Brady’s (R-Texas) simultaneous retirement, has set off a three-way race for chair of the Ways and Means Committee.

The changing of the guard — Brady is currently the top Ways and Means Republican — will shift the panel’s focus to tax cuts and oversight of the Biden administration’s revenue policies after four years of Democratic rule.

The GOP committee members who want the gavel — Reps. Vern Buchanan, Jason Smith, and Adrian Smith — are mostly aligned when it comes to policy. All three want to protect the tax cuts Republicans pushed through in 2017 and haul administration officials before the panel to answer questions about numerous beefs over the IRS and other tax matters.

Sage Eastman, a former strategy director for committee Republicans, breaks them down like this: the classic Chamber of Commerce Republican from Florida (Buchanan); the conservative populist from Missouri (Jason Smith); and the economic philosopher from Nebraska (Adrian Smith).

“I don’t think there’s some sort of grid that exists where you have radical differences in policy support,” Eastman said. “What they emphasize and prioritize, I think that’s where the style will matter.”

“If you want to get [Vern’s] attention you better be speaking to him in very business terms,” Eastman said, adding that Buchanan “lives and breathes pass-throughs.”

Buchanan, 71, built a printing company and car dealership business from the ground up, and his net worth has grown to over $113 million, according to Business Insider, making him the fourth-wealthiest member of Congress.

He will also be the most senior Republican member of Ways and Means next Congress and boasts leadership stints on five of its six subcommittees.

Small businesses: Buchanan may be best known for his small business advocacy. He has pushed for tax parity between small businesses and corporations, which Republicans took a step toward in the Tax Cuts and Jobs Act when they created a tax deduction for pass-throughs.

The deduction is one of nearly two dozen tax cuts in the TCJA that are set to expire after 2025, and Buchanan introduced legislation in September to make all of them permanent.

Beyond TCJA, Buchanan has proposed quadrupling deductions for business start-up costs and allowing start-ups to deduct more for expenses like advertising and rent.

As the ranking member of the health subcommittee, Buchanan has also introduced bills that would give a boost to medical research start-ups with tax credits tied to drug development costs.

Retirement: With the bipartisan retirement reform bill, commonly known as Secure 2.0, having passed the House in March, Buchanan has been disappointed by lack of movement in the Senate that could get the legislation over the finish line.

He was particularly supportive of raising the required minimum distribution age for tax-advantaged retirement accounts from 72 to 75.

Buchanan also was responsible for laws enacted at the end of 2019 that allowed small businesses to pool their retirement plans.

IRS scrutiny: With Democrats retaining control of the Senate and Biden holding a veto pen, it will be tough for Republicans to get a lot done legislatively on taxes without striking bargains with Democrats. Where they can make a mark is on oversight.

Like his GOP colleagues, Buchanan has teed off on the $80 billion funding boost for the IRS that Democrats pushed through in their so-called Inflation Reduction Act. Among the threads Buchanan would pursue is how the Biden administration will be able to fulfill its promise that no taxpayers earning below $400,000 would get caught in any audit dragnet.

He also wants to extract more information from the administration about its negotiation of a global deal that would create a 15 percent minimum tax for multinational corporations. Republicans have complained loudly about being cut out of those discussions. 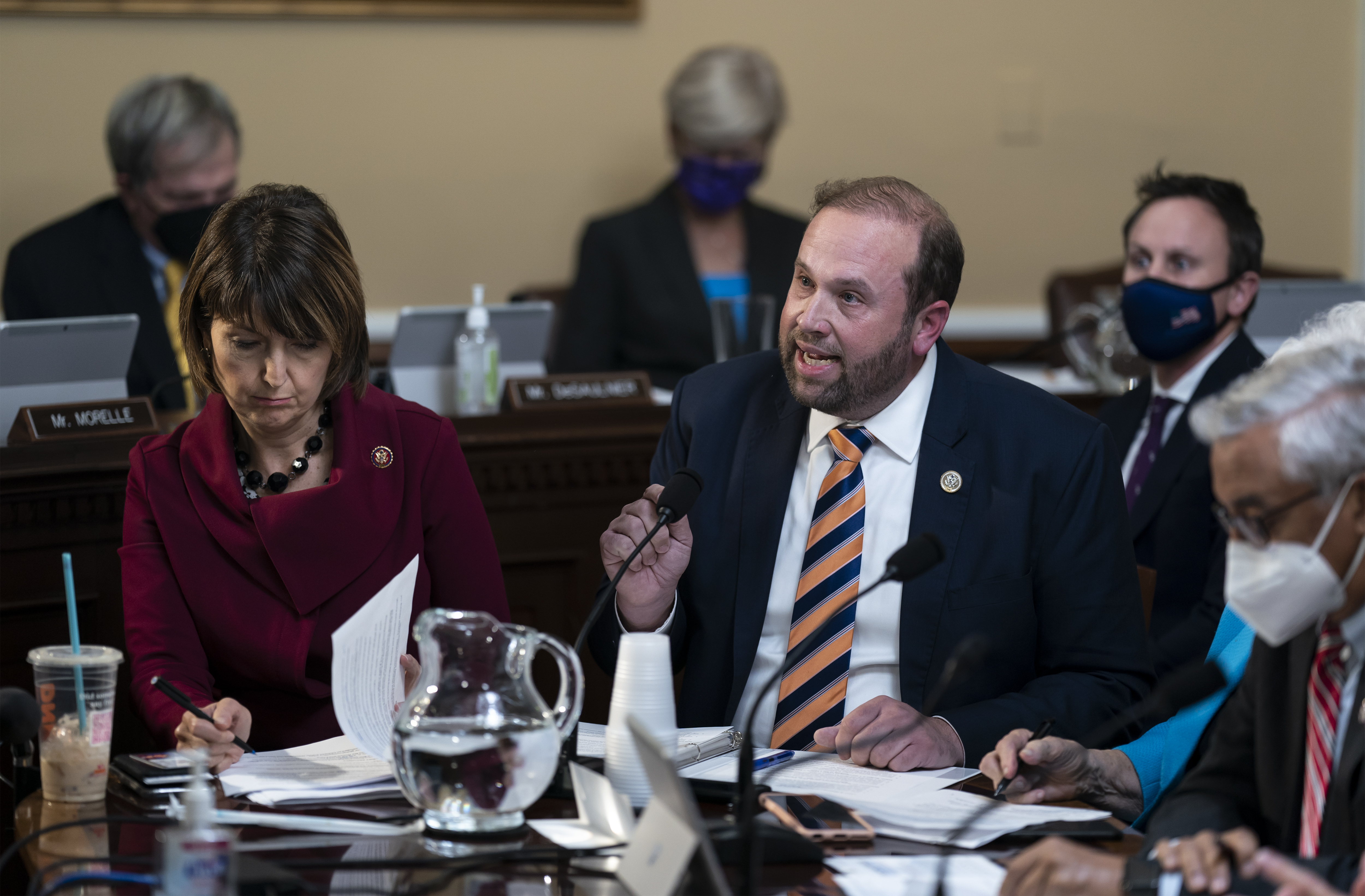 Rep. Cathy McMorris Rodgers, left, and Rep. Jason Smith, top Republican on the House Budget Committee, voice their opposition to the Build Back Better Act at the Capitol in Washington on Nov. 3, 2021. | AP

The Missouri lawmaker wants to look beyond the TCJA to how the tax code can further stimulate energy and food production, financial security and wage increases, along with encouraging the return of companies critical to the U.S. supply chain that have moved abroad.

Jason Smith, 42, is also known to have a more populist conservative edge than the other two contenders and says companies wading into conflicts over cultural issues — along with aggressive environmental, social and governance agendas — could face tax benefit clap-backs.

Working class: Smith has championed the child tax credit expansion in the TCJA that doubled the annual relief for families, as well as a separate proposed credit for pregnant women.

A senior aide in his office said Smith’s approach to tax policy is informed by growing up in near poverty. “He spent a good amount of youth living in a trailer, and that’s something he hasn’t forgotten,” the aide said.

Smith has introduced legislation that would repeal the estate and generation-skipping transfer taxes — stances he attributes to knowing farmers from his district who are cash-poor but have large plots of land and expensive machinery.

Oversight: Beyond potentially taking a page from the DeSantis-Disney playbook, Smith won’t be going easy on the next IRS commissioner, which, if everything goes according to the Biden administration’s plan, will be Danny Werfel of Boston Consulting Group.

“That guy should look forward to spending a lot of time in front of Congress,” the aide quipped.

Smith will also have his sights trained on Hunter Biden’s tax filings, the leak to ProPublica of massive amounts of tax information on wealthy people, tax rulemaking by the executive branch and what the IRS plans to do with its new funding.

The aide said Smith would like to set up a system whereby IRS employees can anonymously and securely report suspicious things that they see.

Relationships pitch: As part of his pitch to leadership for the chair’s post, Smith argues that he has strong relationships with other House Republicans that will be critical in a razor-thin House majority.

He said he campaigned in over 70 congressional districts leading up to the midterms and touts ties to the Freedom Caucus — a coalition that is expected to hold sway over the speaker’s agenda in the next Congress — though he is not a member himself.

Smith also points to his experience leading Republicans on the House Budget Committee as ranking member. “Even to this day, I have current rankers asking me to help meet with people in their committee to work out some policies,” Smith said.

“I don’t have to have training wheels on to be chairman of the Ways and Means committee,” he said. 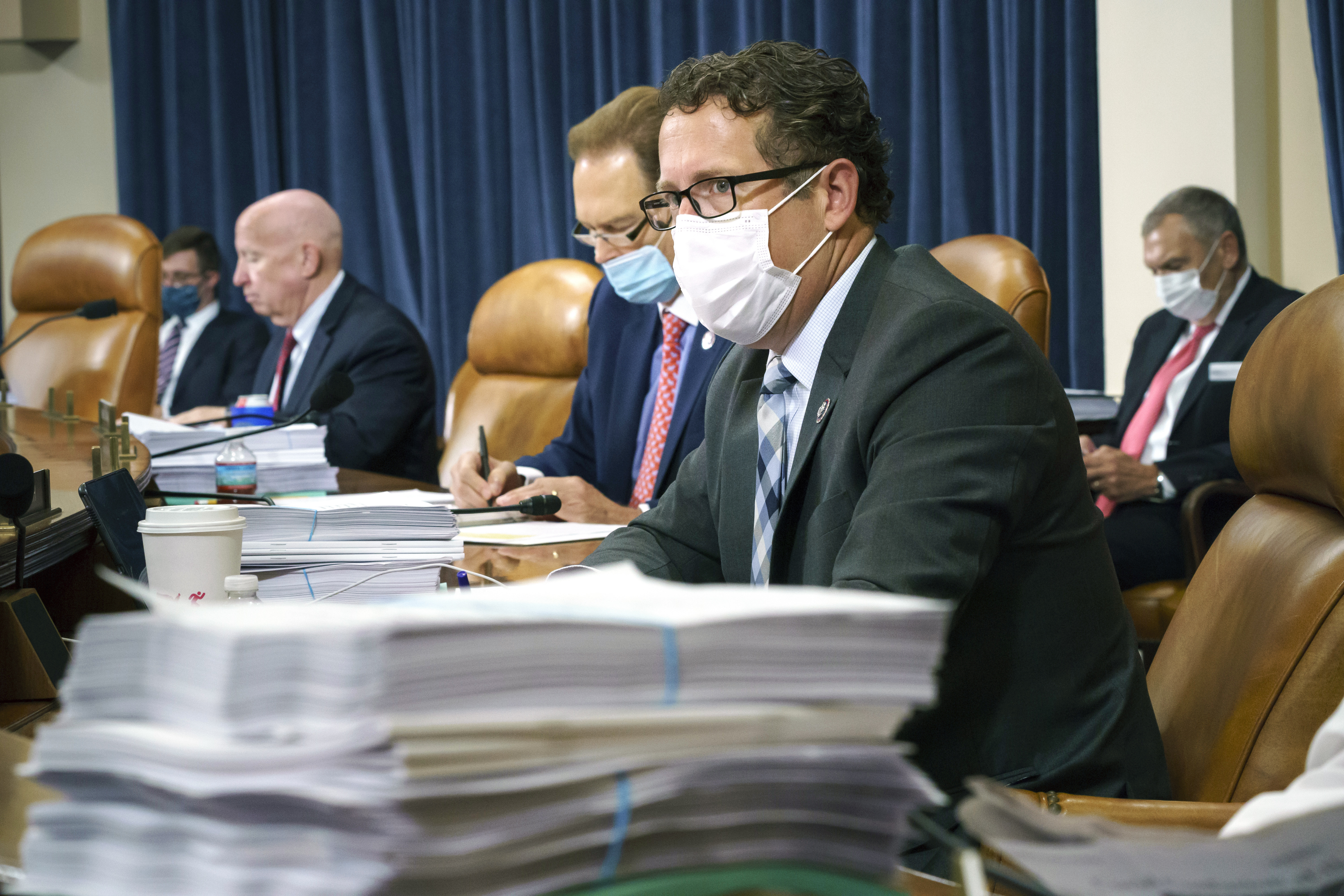 Adrian Smith, 51, has spotlighted a different asset to bring to the table: namely, a deep knowledge of technical tax policy that he believes he can leverage to educate the Republican conference.

“The language Adrian Smith speaks is conservative economic philosophy,” Eastman said. “The overall dynamic is what is the theoretical and economic policy at play here, and then how do we get as close to that as possible while still getting stuff done.”

Families, education, and farms: Smith is big on preserving the TCJA tax relief for families, including the triple header of lower income tax rates, the doubled Child Tax Credit, and the increased standard deduction.

He also wants to use tax policy to give parents more flexibility in choosing their children’s schools, having taken the lead onlegislation that would create a tax credit for donations made to education-focused non-profits.

Representing a large, agricultural district, he is expected to be adamant about protecting the full state-and-local tax deduction for businesses and the TCJA’s pass-through deduction, both of which he believes are critical to small businesses and farms.

TCJA changes: Tax breaks for business costs will be top of mind for Smith during the lame duck. In addition to reversing a TCJA provision that stretched the writeoff period for R&D expenses to five years from one year, Smith is making some noise about another pay-for in the 2017 bill that limited the deductibility of business interest expenses.

Along with Rep. Joe Morelle (D-N.Y.), Smith is eyeing a potential year-end tax extenders bill as an opportunity to repeal a law — which took effect at the beginning of 2022 — that significantly narrows the definition of taxable income used for calculating interest deductions.

Hungary hobnobbing: Smith, who is the ranking member of the trade subcommittee, has been vocal about wanting to shoot down the proposed global minimum tax, saying it would put American businesses at a competitive disadvantage.

When Hungary blocked EU implementation of the tax, Smith and Rep. Mike Kelly (R-Pa.) wrote a letter to the Hungarian ambassador thanking the country for its “wisdom” in opposing the measure.

IRS funding: House Republican leader Kevin McCarthy, who has been nominated to be Speaker, has repeatedly said that the new Congress’s first vote will be to “repeal 87,000 IRS agents,” though Democrats say that grossly exaggerates the number of enforcement personnel the Biden administration plans to hire.

Legislation proposed by Smith and Rep. Michelle Steel (R-Calif.) would claw back tax enforcement and operations support funding for the agency and could be the vehicle for that proposed repeal.